Eric P. Keller graduated from Cornell University with B.A. in Economics. He joined Henry R. Keller Associates, Inc., as a sales representative and held the titles of Vice President and President over the next ten years. In June of 1982, Eric served as President and Treasurer of Goldome Premium Finance, Inc., a premium finance agency. From 1984 to 2018, Eric owned H.R. Keller & Company, Inc., an excess and surplus lines brokerage. In 2018, he sold the business to Risk Placement Services, Inc., where he served as an independent consultant facilitating transactions of acquired business for new owners.

Eric has been a member of the Board of Directors of ELANY since 2017 and currently serves as Chairman of the Association. He has served on several other Boards throughout his illustrious career including: the Insurance Premium Finance Association of New York where he was appointed Secretary and Board Member and served as President from 1981 to 1983; the Independent Insurance Agents Association of Western New York as Vice President, Secretary, Treasurer, Board Member and President from 1994 to 1995; IIAANY as Regional Legislative Chairman from 1998 to 2001 and as Grassroots Legislative Coordinator from 2001 to 2004; IAAC as a Board Member from 2005 to 2008; and the Professional Insurance Wholesalers Association of New York (PIWA) as Secretary and Board Member from 2011 to 2019.

Eric is a member of WSIA, PIWA and is a retired member of IIABNY.

In 2015, he received the Pioneer Award from Independent Insurance Agents Association of Western New York and in 2005, was voted Employer of the Year  by the Insurance Women of Buffalo, Inc. 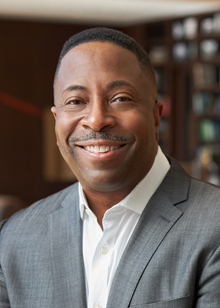 Michael Blackshear is Senior Vice President, Chief Compliance and Privacy Officer for Ryan Specialty Group (Ryan Specialty) with responsibilities for maintaining and growing an effective compliance and regulatory risk framework for Ryan Specialty’s North American, United Kingdom, and European operations. Michael is a 30-year risk management and compliance veteran that previously served as Chief Compliance Officer for Chubb’s North American operations, where he successfully navigated the compliance framework integration and transformation during the ACE/Chubb merger. Prior to that, he served in progressively promoted senior roles at Marsh & McLennan, KPMG, and PwC, all after starting his insurance career as an underwriter trainee and insurance broker for Continental Insurance and Alexander & Alexander, respectively.

Michael was recognized by Insurance Business America Magazine in 2020 and 2021 as an influential insurance professional that shaped, transformed, and pushed the insurance industry forward with his leadership, dedication, mentorship, and vision. He has also been honored by Syracuse University, receiving the Chancellor’s Citation, the university’s most exclusive honor, in recognition of his significant career and civic achievements; and by Fordham’s Black Law Student Association, receiving the annual Ruth Whitehead Whaley Award for being a prominent alumnus in the field of compliance.

Michael received a Bachelor of Science in Finance from Syracuse University, Whitman School of Management, a Master’s in Business Administration from St. John’s University, Maurice R. Greenberg School of Risk Management, Insurance, and Actuarial Science, and his Juris Doctorate from Fordham Law School. He also received a certification in “Managing Ethics in Organizations” from Bentley College and recently completed a certification at Loyola University, Chicago at the Diversity, Equity, and Inclusion Leadership Institute.”

Michael serves on several advisory boards and was elected to the Board of Directors of the Excess Line Association of New York (ELANY) in 2021. He current serves as Vice Chairman and is a member of the Audit and Finance Committee and is Chairman of the Operations & Procedures Committee. ELANY is a nonprofit industry advisory association charged with the duty to facilitate and encourage compliance with the surplus lines insurance laws of New York State. In addition, Michael was recently elected as a new member of Syracuse University’s Board of Trustees. 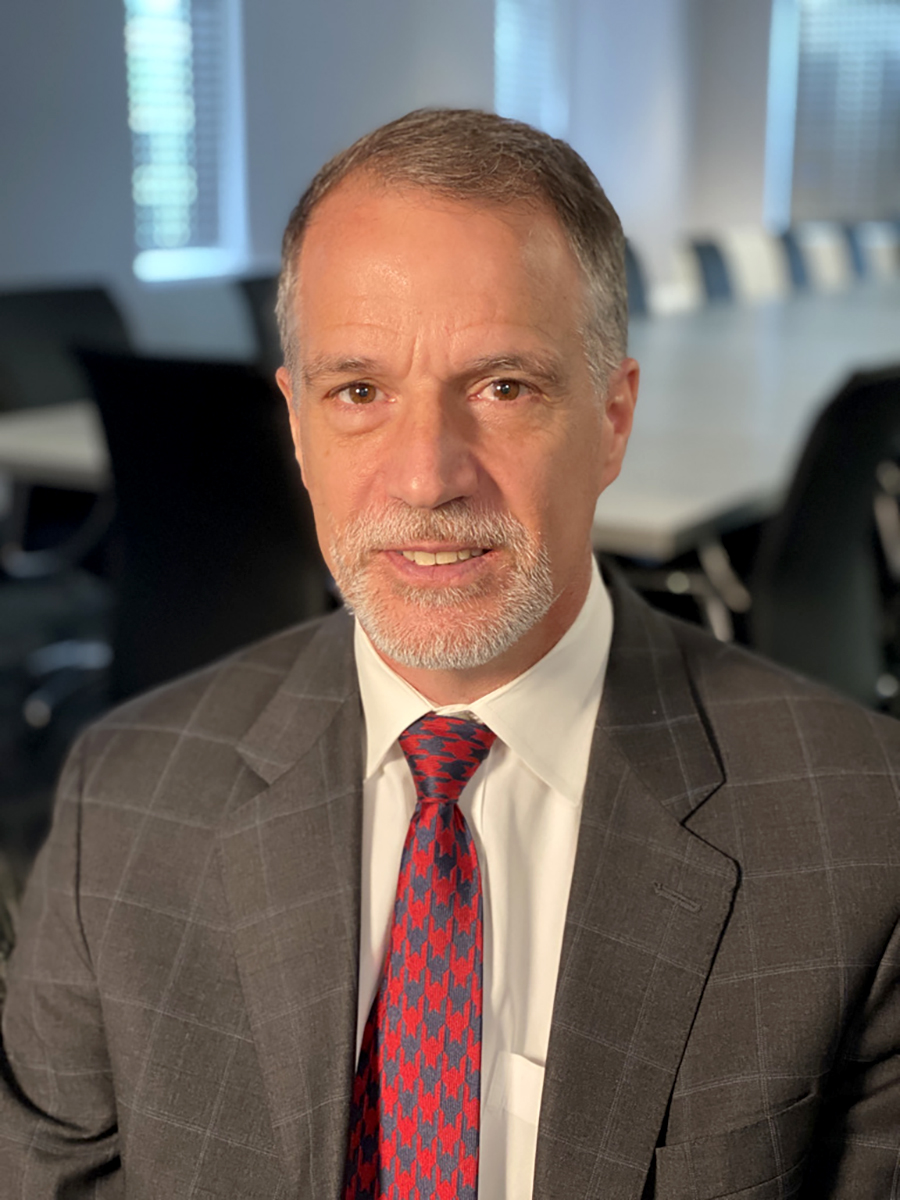 John Buckley graduated from Wittenberg University in Springfield, OH, in 1982. In 1983, he joined Moore Excess, a surplus lines wholesaler and eventually acquired the firm in 1991. Moore Excess was purchased by NIF Group in 1995 and John was named Senior Vice President and part-owner in NIF Services of New York. In June of 2006, he was named President of NIF Services of New York which was rebranded in October 2021 to JenCap Specialty.

John was appointed to the Board of Directors of Professional Insurance Wholesalers Association (PIWA) in 1989 and served as President from 1991 to 1993. He has served on the Board of the Excess Line Association of New York (ELANY) since 1994 and currently is Treasurer, Chair of the Audit and Finance Committee, a member of the Information Resources and Security and a member of the Nominations Committees.

John has been a member of NAPSLO/WSIA since 1985.

Among his many achievements, John was honored as Suffolk County Insurance Person of the Year. 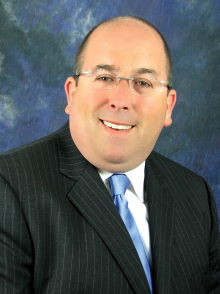 Lance Backer holds a BS in Finance from Towson University. Subsequent to his graduation, Lance worked as AVP-Broker/Account Manager for Aon from 1991 to 1996. A career with Willis followed and from 1996 to 2005, Lance served as Executive Vice President overseeing Large Accounts Team.  In 2005, he joined Arthur J. Gallagher & Company as Vice Chairman of the Northeast Region and serves as co-director of the company’s global risk management practice to this day. In that capacity, Lance heads up a team devoted exclusively to the risk management needs of large companies.

Lance has served on several industry Boards including the Council on Litigation Management (CLM), Zurich’s advisory board. He is currently the Secretary of the Board of Directors of the Excess Line Association of New York (ELANY) and served as  Chairman from 2018 to 2020. He serves on the Operations & Procedures Committee, the Information Resources and Security Committees and the Nominations Committee. He holds the ARM professional designation.

Among his many achievements, Lance continues to be a top 10 producer for Gallagher maintaining some clients for over 25 years. 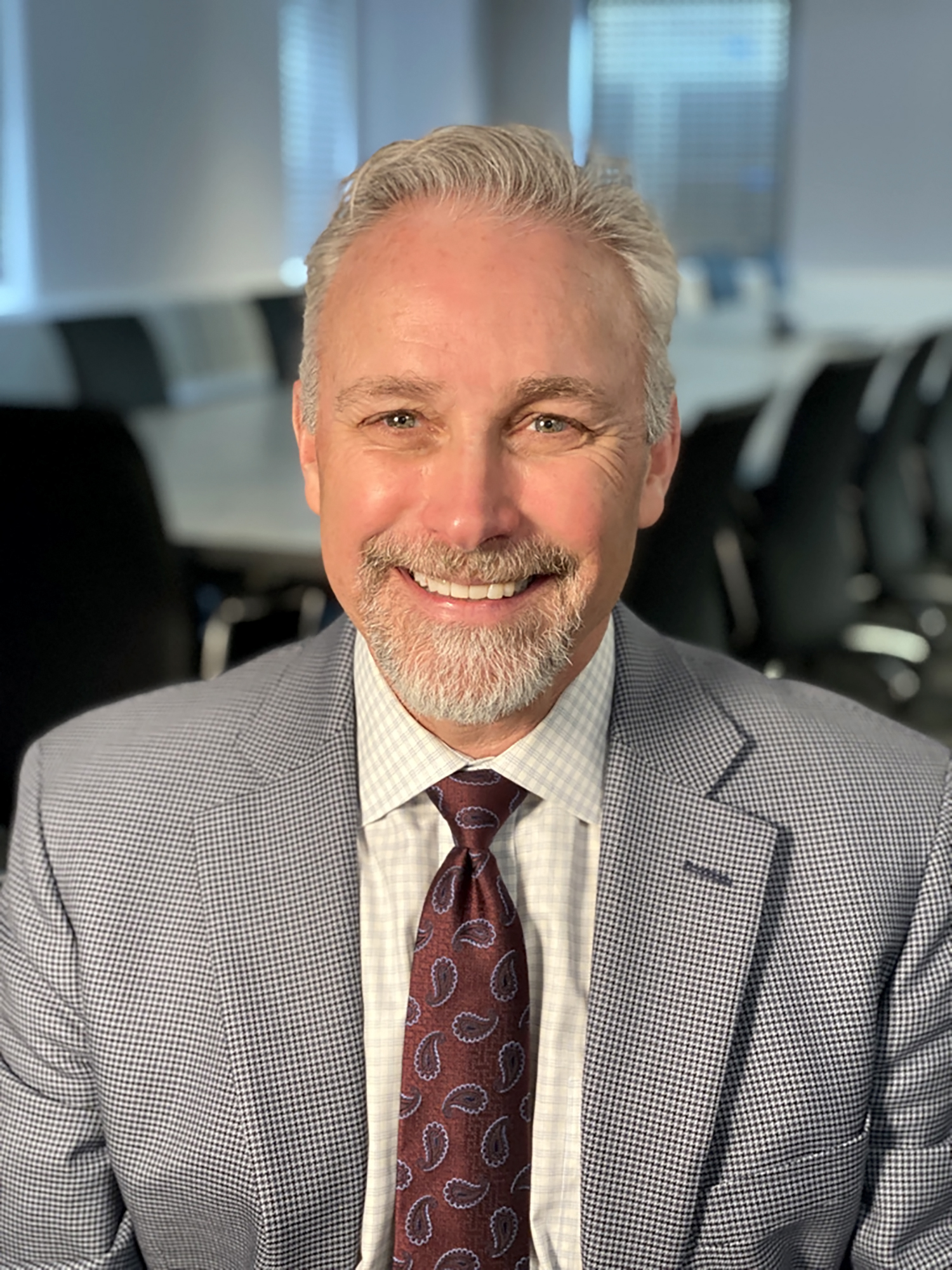 Joseph Caligiuri is a graduate of St. John’s University, The Peter J. Tobin College of Business, where he received his B.S. in P&C Insurance and Business Administration.

In 2002, Joe opened the firm Cal E&S Brokers, Inc., which was later sold to RPS. In 2009, he struck out on his own operating as President of NCC (National Coverage Corp.). In January 2022, Joe sold his interest in NCC and maintains a limited position as a Senior Property Consultant.

Joe is a Past President of PIWA. He was elected to the Board of ELANY in 2007 and has served as Treasurer, Vice Chairman. He was appointed Chairman in 2012 and currently serves as Chairman of the Industry Liaison, Legislation & Regulation Committee and is a member of the Nominations Committee. 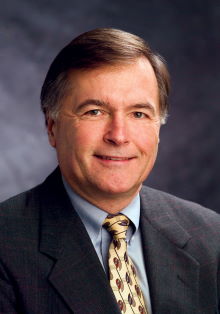 Gary Hollederer began his career with the Travelers Insurance Company in 1973 where he was a commercial underwriter. He joined Russell Bond in 1992 as General Manager with responsibility for oversight of all operations. Russel Bond was rebranded in October 2021 to JenCap Specialty and Gary served as President of the Buffalo office through September 2022.  He is also a partner in Access Funding LLC, offering insurance premium and commercial financing, primarily through insurance brokers.

Prior to joining Russell Bond, Gary held management and marketing positions at Alexander & Alexander as well as two large retail agencies in Western New York. During that period, he represented his firm(s) on the Agent's Advisory Councils of the Royal; Continental and CIGNA. He has served as President of the Western New York Marketing Association and as Vice President of the Insurance Club of Buffalo.

Gary is Past Chairman of Excess Lines Association of New York (ELANY) and currently is a member of the Board of Directors, chairs the Information Resources and Security Committee and is a member of the Legislative & Regulation Committee. He is Past President of the Professional Insurance Wholesalers Association of New York State, Inc. (PIWA) and currently chairs the Membership Committee and serves on the Legislative Committee. He served on IFG’s Producer Advisory Council and previously served on the Burlington Insurance Group Producer Advisory Council.

Gary is a graduate of the State University College at Buffalo. He is a member of WSIA’s legislative Committee and earned the Associate in Surplus Lines Insurance (ASLI) designation and is currently enrolled in the Registered Professional Liability Underwriter (RPLU) program from PLUS of which he is also a member. 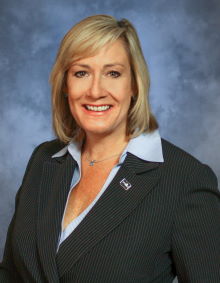 Janet Pane serves as Head of Global Services and Solutions (GSS) within its Corporate Risk and Broking segment. Janet has transitioned from her former role as head of Market Relationship Governance, Willis Towers Watson (WTW).

In this newly created role, she will be responsible for delivering the company’s value proposition to multinational organizations. Janet will bring together a range of global resources and expertise to enhance the client experience. This role positions WTW to drive continued excellence and deliver new solutions to our multinational clients.

Janet is a 22-year industry veteran who joined WTW in 1999 and has held a variety of leadership roles. She is a long-time supporter of inclusion and diversity efforts and in 2012, she was named to Business Insurance magazine’s Women to Watch list. In 2011, she was honored with the Helen M. Garvin Outstanding Achiever Award by the National Association of Insurance Women (NAIW), New York City Chapter.

Janet monitors ongoing changes in our industry by serving on a number of industry panels. She is a member of Board of Directors of the Excess Line Association of New York (ELANY) and was appointed Chairman in 2016.  She currently serves on the Industry Liaison, Legislation & Regulation Committee, the Information Resources and Security Committee and the Nominations Committee. 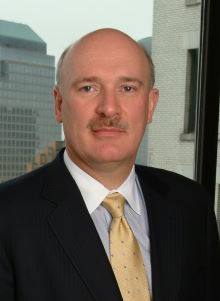 Don Privett has over 40 years experience in the insurance industry. He began his insurance career in London, England, structuring and placing large and unique accounts during one of the strongest markets in Lloyd’s of London history. He was fortunate to have worked with some of the most pioneering and progressive minds in the industry during his time in London. In 1997, Don launched his own specialty wholesale company in New York, Privett Special Risk Services LLC, which he ran for 15 years before the Company was sold in 2012. Under Don’s leadership, the Company built a stellar reputation as one of the major independent specialty wholesale brokers in the United States. In 2012, he assumed the position of Executive Vice President of Worldwide Facilities, Inc., and in 2018, was hired as Managing Director of Brown & Riding Insurance Services.

Among his many achievements, Don played a crucial role in developing credit enhancement policies for many of the largest accounts in the country, helped create a terrorism market after September 11th, and has worked on some of the largest utility, energy, and property accounts in the country. He is extremely well known throughout the world markets for his extensive knowledge of policy forms and the claims process for large property and mining accounts. 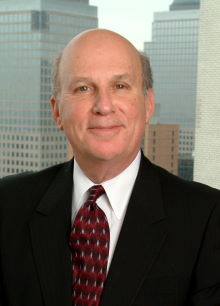 Robert Shapiro is President of Global Facilities, Inc., a regional insurance wholesaler and surplus lines broker.  Born in Hoboken, N.J., and raised in Brooklyn, N.Y, Mr. Shapiro attended New York City public schools and Brooklyn College.  He began his insurance career over 63 years ago eventually becoming Vice President and attaining seats on the Board of Directors of two insurance companies. 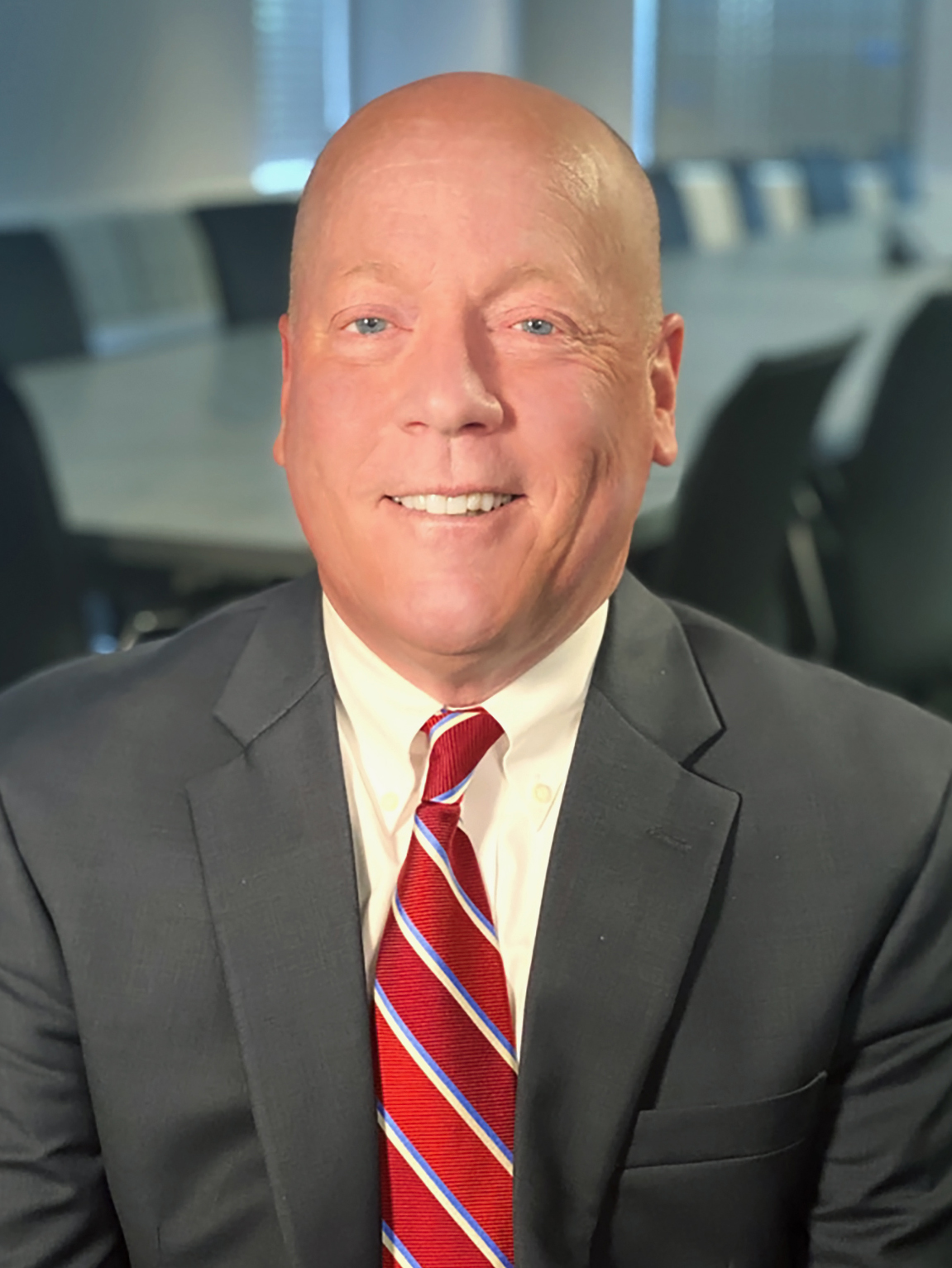 Jim Richardson received a BBA in Public Administration from Baruch College, CUNY, in 1980 and, subsequently, began his career as a commercial line’s underwriter with the Travelers.  Jim worked as Vice President of Casualty Facultative at J.L. Kelley from 1988 to 1991 and in June of 1992, he began his long career in Surplus Lines with General Star Management Company. At General Star, Jim held several titles including Casualty Underwriter, Casualty Branch Manager in New York, Eastern Regional Manager for Primary and Excess Casualty, Western Regional Manager for Primary and Excess Casualty and currently holds the title of Vice President of the Programs Division.  Jim received his ASLI designation in 1995.

Throughout his career, Jim has served on committee’s for both WSIA and PIWA and, in 2014, was appointed to the Board of Directors of ELANY, currently serving as Immediate Past Chairman. He chairs the Nominations Committee and serves on the Industry Liaison, Legislation & Regulation Committee and the Operations & Procedures Committee.